Valdes Investigation Group is available to provide parents and those suffering from unjust divorce settlements with the means to expose the truth surrounding their cases, thereby giving them the means to readdress those hearings for more suitable outcomes. Our private detectives have helped hundreds of clients address suspicions and allegations of poor parenting or exaggerated circumstances surrounding divorce. 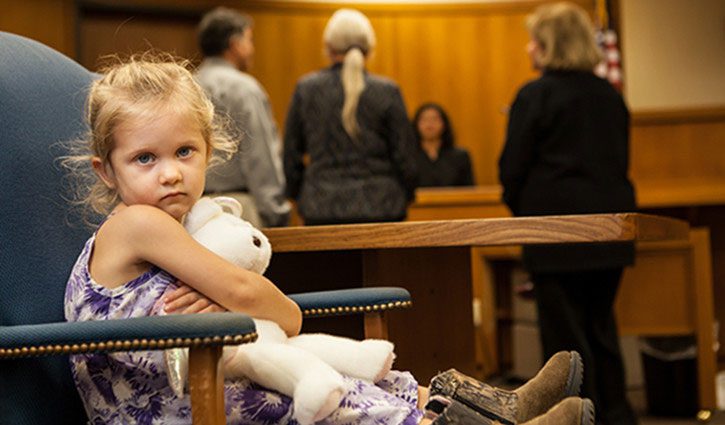 There are many instances where a background check is essential as part of the investigation. Perhaps your child is under the care of a parent who resides with someone that has a suspicious past.

A child custody investigation is an objective observation of a child’s well-being.  Usually as part of a divorce, separation, or custody case.

Often times child custody investigations evaluate both parents. You may face several allegations or concerns about the other parent.

V.I.G. is your advocate, your tool to solve your issue. We don’t work for the government or the police. We walk you through the steps, prepare, prevent, work at all levels of the investigations.

Before you get married, it helps to understand everything you can about the person you’ll be devoting your life to. A nasty surprise can cause a lot of trouble after the wedding vows are said and done. 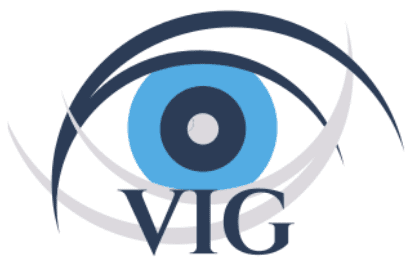 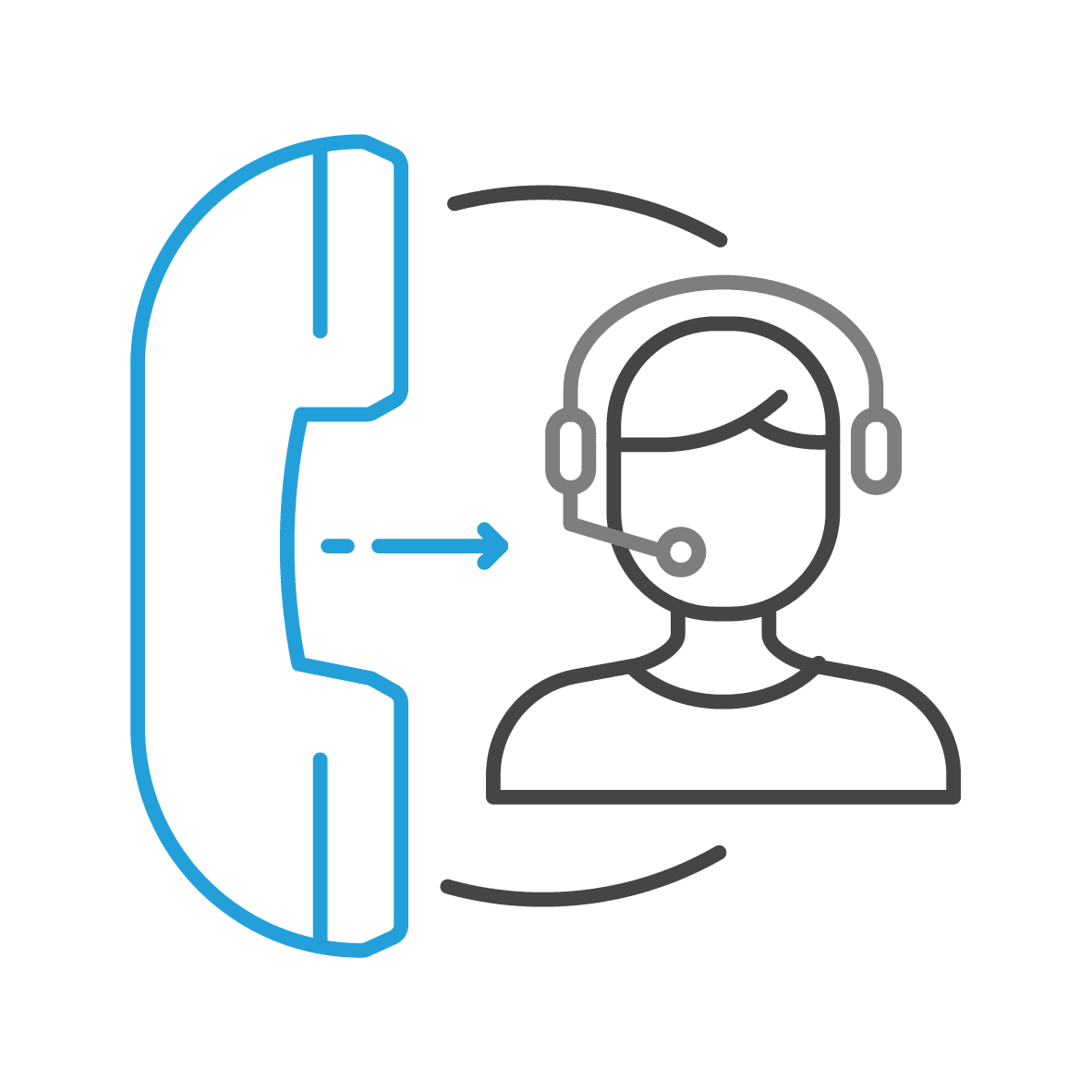 Valdes Investigation Group provided hundreds of clients across the country with timely, cost-efficient, and results-driven private and commercial investigations. Our main goal is to ensure the results we deliver are aligned with our client’s exact requirements. 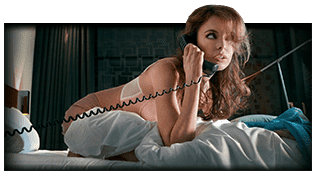 Fear that your partner may be romantically involved with someone else, but you’re struggling to get the answers? Hiring a professional, discreet and experienced private investigator is the perfect solution to catch a cheater. We’ve been putting concerned couple’s minds at ease for over thirty years and our licensed private investigators can do the same for you. 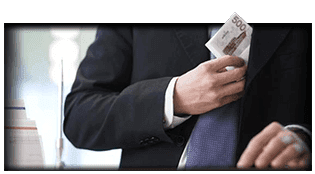 Whether you’re hoping to expose deceit or minimize your chances of becoming a victim of commercial fraud, rest assured that our private investigators have the experience, the skillsets, and the discretion required to unveil only the most relevant, unbiased, and accurate information. We then present that information as a comprehensive report for you or your legal team to review.
Learn More 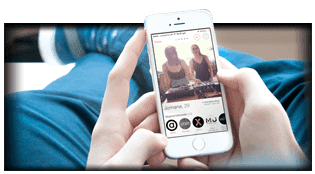 It is widely accepted for people to meet and romanticize online, and it is generally safe to do so. However, with so many people instilling their trust in technology, there comes an opportunity for others to take advantage. If you’d like to know who you’re really talking to online, have a licensed private investigator run a discreet online dating inquiry today. 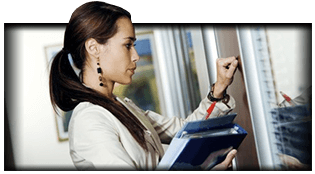 We provide process serving services.  Most times a person doesn’t want to receive important information, whether it be legal, personal, or commercial, it can be incredibly frustrating to wait around until you know they’ve received, read, and understood the information. Our team is here to help deliver your documents to the right person at the right time. 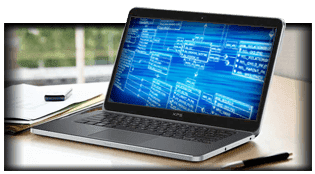 Internet and Computer Forensic Investigations are designed to locate, extract and analyze data on both private and commercial networks. That information is gathered and compiled into a comprehensive report which our clients can put forward as E-discovery evidence in court, should it be required. Licensed with Cellebrite, Magnet Forensics, and more. 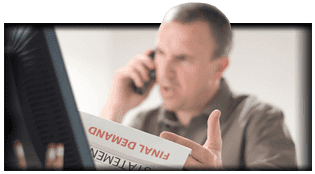 Our clients an unrivaled approach to debt collection, resolution, and recovery through our experience in the field we’re sure to help locate your target, ascertain the most effective means of recovery and proceed with a fast, efficient and reliable debt collection service.  We have the tools, experience, and backgrounds you need.

We understand your case is extremely sensitive and confidential, which is why we make sure that your data is safe and secure. 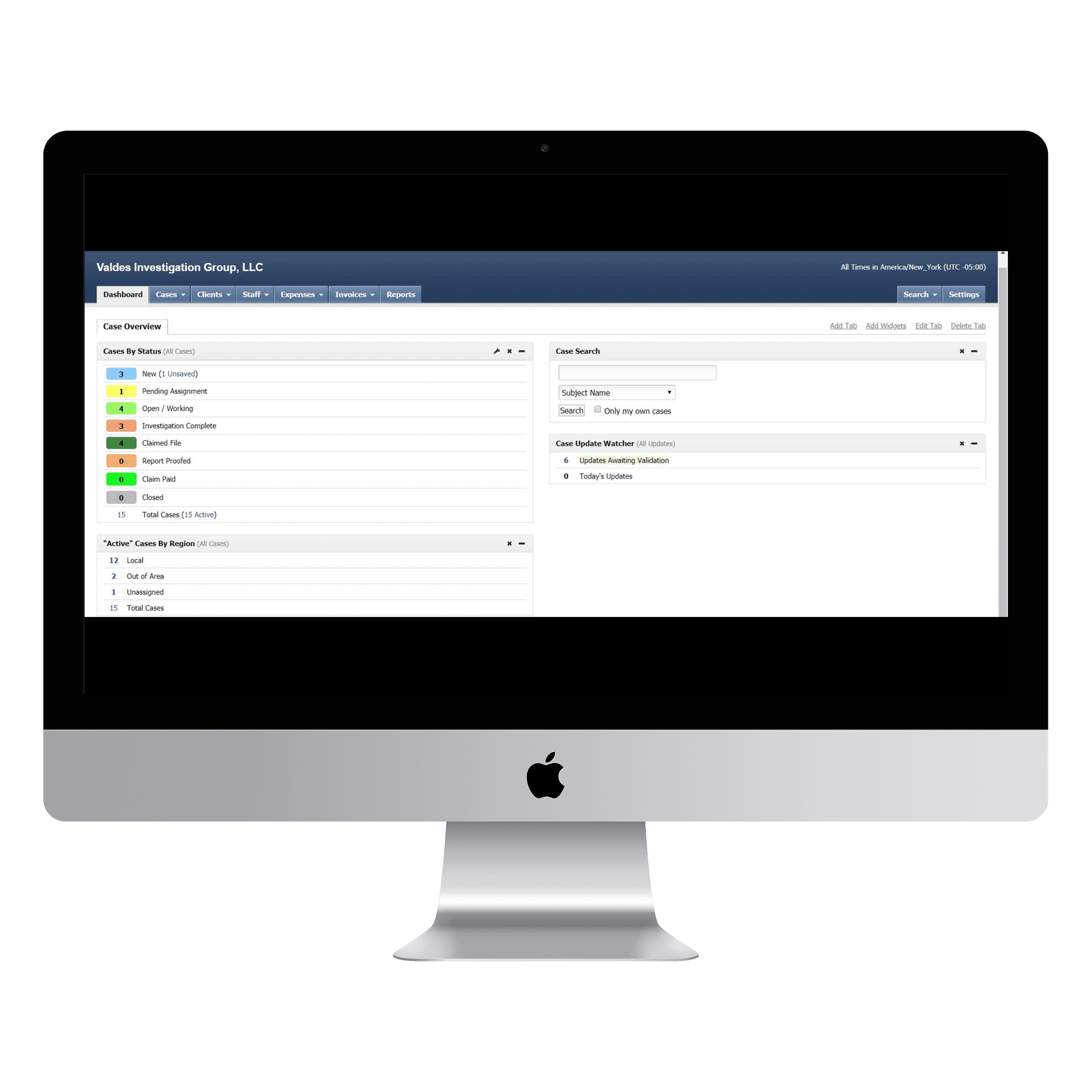 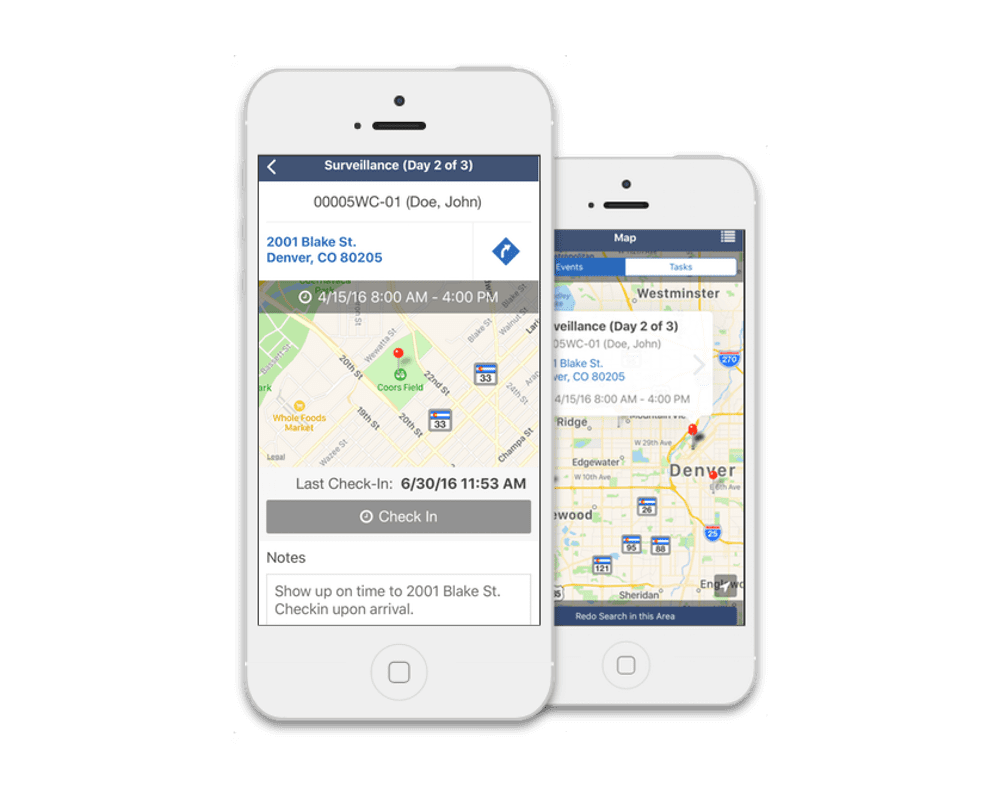 Private Investigator Near Me

I SUSPECT MY SPOUSE IS CHEATING...SHOULD I HIRE A PRIVATE INVESTIGATOR?

In the case of child custody, an investigation into the nature of the affair may have an effect on the unfaithful spouse’s determination of custody or visitation rights after separation. If you suspect that your spouse is engaged in an extramarital affair, it is important for the child’s interests and safety to investigate who that person is and their background. An investigation may not reveal anything, but there may be a chance that this person has a criminal record or history of domestic violence and/or drug use.

These are serious and considerable factors that will affect child’s rights.

Third, in the case of property, an investigation into an extramarital affair may reveal the concealment or unlawful ‘gifting’ of marital property to a third party. When dealing with property issues, it is important to remember that each spouse has a duty to the marriage, or “community,” to safeguard each other’s property. This is why there are automatic restraining orders that go into effect as soon as a petition for divorce is filed. If you suspect that your spouse may be passing community property to their extramarital partner, a private investigator will assist in proving these actions, aiding your case for recovery.

Are your investigation confidential?

All of our investigations are always confidential. Our findings and documentation are provided to pertinent legal parties only, and only at the time of legal discovery or proceedings.

SHOULD I HIRE THE PRIVATE INVESTIGATOR DIRECTLY?

Too often, a husband or wife who suspects that information or activities are being concealed by their spouse will hire a private investigator directly. This is a mistake.

This is commonly referred to as “attorney work product.” Furthermore, as was mentioned above, a private investigator should be directed by an attorney. This ensures that evidence is gathered and documented properly and in compliance with California evidence laws. The attorney is then able to review the information that is collected and determine the best course of action for moving forward with the client.

What is surveillance by an investigator?

What is an asset check?

Do you conduct due diligence/background investigations?

Due diligence background investigations for many needs to include mergers, acquisitions, investments, and in litigation. If you are unsure how Valdes Investigation Group can help, give us a call.

HOW CAN A PRIVATE INVESTIGATOR HELP WITH CHILD SUPPORT / CUSTODY?

As mentioned above, a private investigator may assist with collecting vital information that affects the child support, custody, or visitation rights of the parents. Again, in the case of one spouse who has a new boyfriend or girlfriend, the investigation may reveal information about that partner’s history or criminal record that could help protect the best interests of the child. Beyond the issue of investigating new partners, private investigators may also assist in child support and custody matters in the following ways:

For example, suppose that a wife a strong suspicion that her husband tends to drink and drive while the children are passengers in the car. An investigator can be hired to follow the father to a bar, observe the father drink several alcoholic beverages and then pick the children up from school while under the influence. An investigator would document this behavior with notes and audio/visual equipment and allow the mother to present this evidence in court to demonstrate the danger to children’s safety and well-being.

Not every case may have examples of this extreme child endangerment. Smaller issues, such as, allowing the children to ride without a seat belt is evidence of reckless behavior that may affect custody rights.

Reproduce the bug or problem. Explain the bug using input from the user.

Our expert background checks can include a wide range of information

Get important information extracted from any device in most conditions.

Experienced and efficient fixed price process servers in all states.

We take reasonable steps to ensure you avoid committing any offense

Drive max efficiency the entire litigation case lifecycle to save time and money.

Retrieve a copy of your data from Google, Apple, Facebook, and more platforms

Prevent paying out for fraudulent or unwarranted insurance claims

We have the ability and credentials for any digital forensics service.

Verify your partners loyalty with our relationship investigation service.

Find the facts you need in order to make a logical decision.

Investigate workplace behavior with our discreet programs to help clients.

Protects assets of directors and officers against claims brought by employees.

Being one of the nation’s oldest private investigation groups, we have created customized affordable packages for all our investigation services offered.  Please fill our our form below then book a meeting for a free discovery call.

How To Get Started 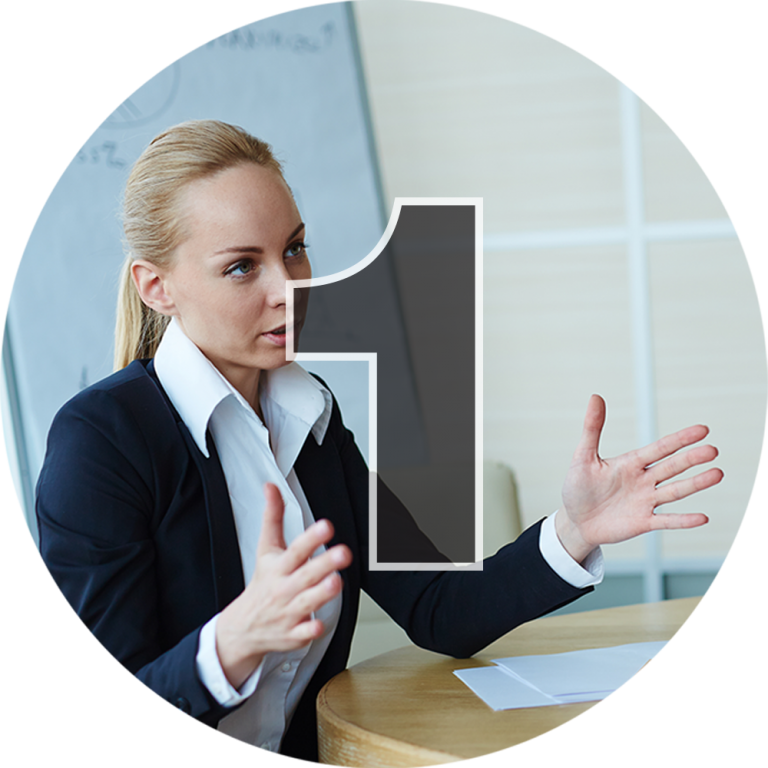 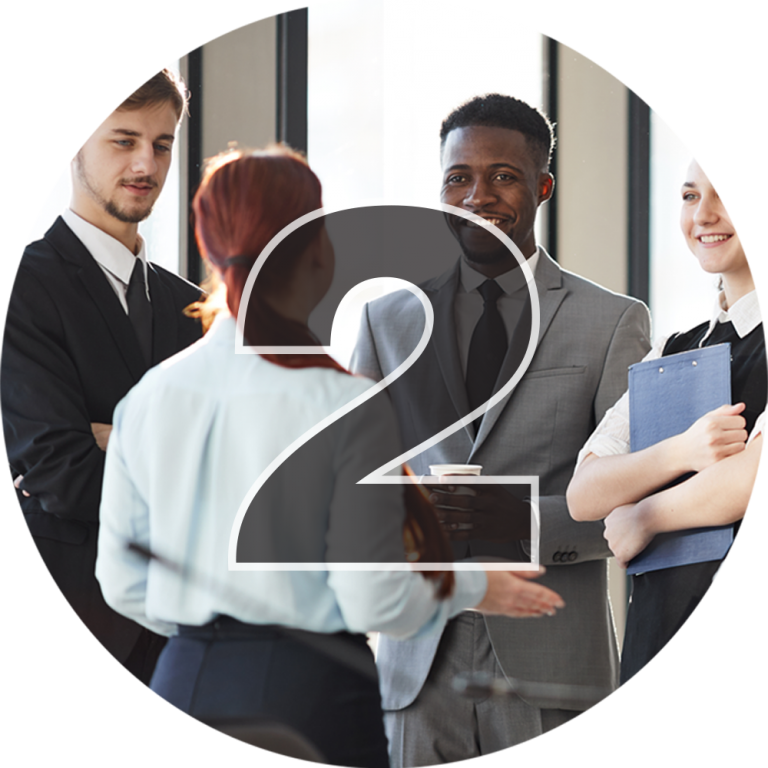 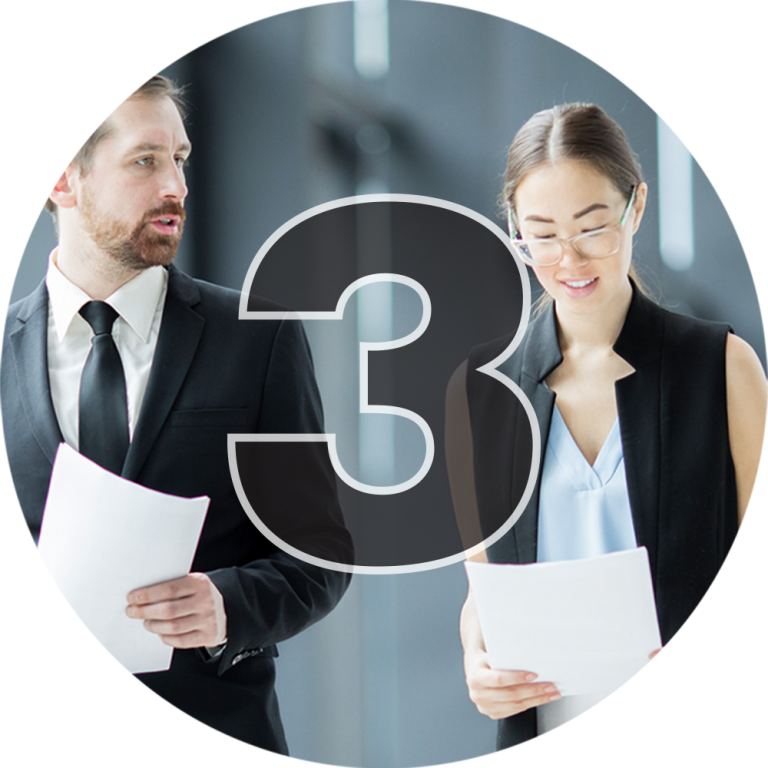 We Start Our Investigation